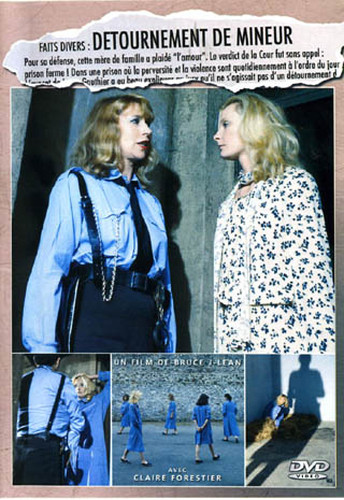 Laure is sent to prison after some sort of incident with her daughter Nathalie’s wannabe boyfriend. There she is abused by the inmates (including Cathy Stweart) and the guards (including Monique Carrere) and is raped by a male inmate, an event arranged by the guards. She spends time reflecting on the events which led to her present situation.
This is a cue for lots of flashbacks, some of whcih she couldn’t have remembered herself. These include her daughter behaving promiscuously at a nightclub and at the beach with friends Diane Suresne, Eva Kleber, André Kay and Alain Doucrest, putting off boyfriend Stéphane (Yan Fortuny) who seems more attracted to Laure anyway. We also see her husband having sex with his mistress.