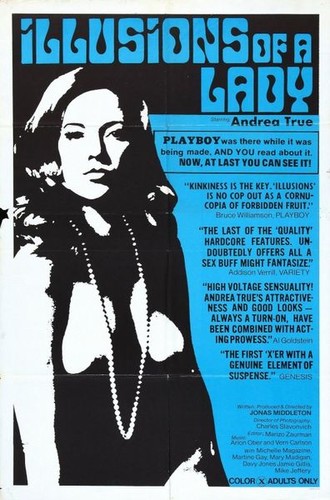 Dr Miranda Woolf invites several sexually dysfunctional people to here beach house for a weekend of group therapy. As can be expected much kinky sex ensues.
The story goes that Jonas Middleton made this film to raise the money to make his magnum opus “Through The Looking Glass”. As a piece of erotica this less ambitious work actually works better than “Looking Glass” and is an excellent psychosexual drama in it’s own right. Andrea True delivers a tour de force as the good doctor who might be more sexually disturbed than her patients. The psychedelically tinged orgy scene that comprises the bulk of the film’s second half is beautifully realized.