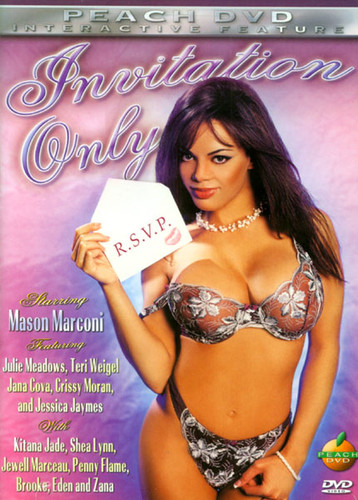 Description:
“Congratulations!! You are cordially invited to the wildest, sexiest party of the year! A raging bash that features some of the hottest (and craziest) good-time vixens you have ever seen. And what’s extra special about this Peach Interactive DVD feature is that you can choose which character in the action you want to be! Attend the party as either Joey, the laid back stud, or Mason, the voluptous sex kitten. You can even choose to be the party crasher and try to sneak through the party unnoticed. Each of these characters will have different adventures and explore different, decadent, raucous rooms in this sensual soiree. Loaded with tons of erotic extras and bodacious babes. Invitation Only is one party you definetly don’t want to miss!”