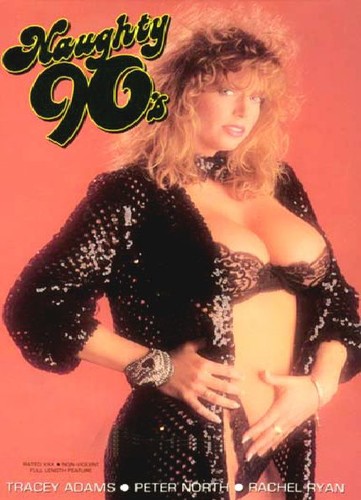 Description: Debi Diamond stars in this vehicle, playing the unlikely role of an innocent young virgin who has never tasted the fruits of carnal pleasure. The story follows Debi as she tries to find the right man to offer up her virginity to. Of course, along the way we get lots and lots of lascivious lust from the rest of the cast. Paula Price shows her wild side when she takes on a hard-charging stud early on. Paula’s curvaceous good looks drive the scene forward, while her amorous appetite for more and more keeps things at a fever pitch. Tracey Adams plays Debi’s buxom mother, and she gets in on the fun when she takes on Peter North in another heated humdinger. Tracey’s top-heavy tenaciousness comes through loud and clear here as she takes North on a feverish ride to the far reaches of lust. In the end, Debi finds the right guy in the form of Tom Byron. They pair off in a blistering session that gives the lie to Debi’s claims of virginity. No newcomer could ever be this creative and driven, as Debi turns in one of her typically over-the-top performances. A nice dose of feature-style fun from some of the hardest charging harlots in the 90s hardcore.