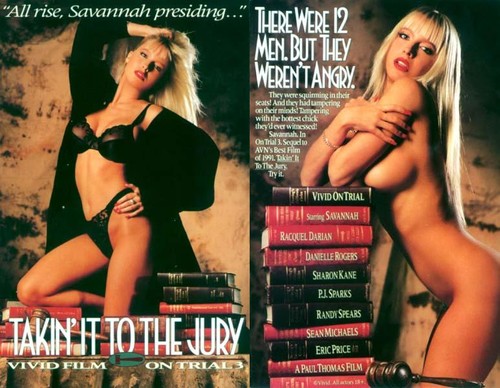 There were 12 men. But they weren’t angry. They were squiming in their seats! And they had tampering on their minds! Tampering with the hottest chick they’d ever witnessed!
Savannah, in “On Trial 3″. Sequel to AVN’s Best Film of 1991. Taking it to the jury. Try it.