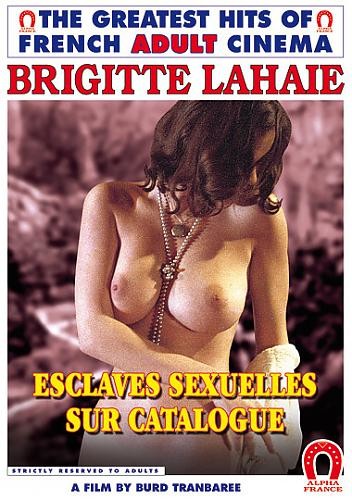 Blonde Odile is a colleague of draughtsman Charlie and fucks briefly in his office. Charlie and girlfriend Francoise go to the house of Richard Lemieuvre to find him being tended to by Brigitte Lahaie and Karine Gambier – various sexual activity follows, swapping etc. He has hired these from a ‘slave auction’. Not satisfied with Karine, Richard returns her to the shop and he and Charlie view an auction of two brunettes and a blond and then Erika Cool as “Irma”. Francoise is auctioned off – but we don’t see her experiences. Elisabeth Buré seems to be one of the girls here, as a brunette. At yet another auction – which includes Karine – the curly blond is bought by Jacques Marbeuf. After a while Richard & Charlie decide to put themselves out to stud, and are purchased as a pair by rich Emmanuelle Paréze.