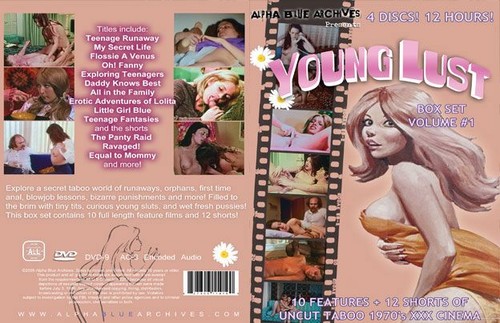 Description: Next is My Secret Life, a costume farce set in Victorian England. (I never realized hot pants and knee high boots were so popular back then.) We witness the erotic adventures of three cads as they get into various buck wild entanglements.
Here’s the lowdown: luscious lesbos Orita De Chadwick and Nancy Martin dive into each other’s pools, then get skull-fucked by William Howard. (They dip his pork-stick into a glass of wine, then play tug-of-war with it.) Other vignettes involve a trampy hooker and Keith Erickson getting some nookie from Eve Orlon the parlor maid. And Sandy Carey puts on a real show as the virgin Sarah, “a good-natured, foolish, stupid, trusting creature,” who goes for a ride on the purple-headed cyclops.
Remember, virginity can be cured. Pledge now: give until it hurts.