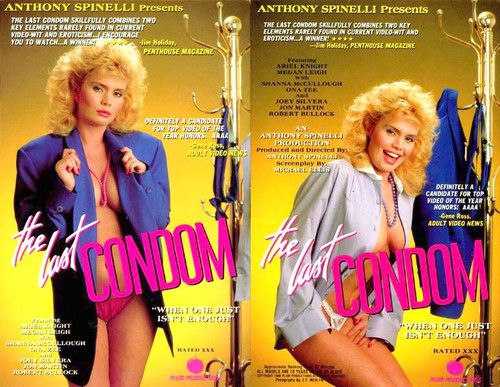 Anthony Spinelli directed this steamy romp full of passion and laughs. It’s a freaky fable about changing times, told from the point of view of condoms who share space in a bathroom medicine cabinet. The condoms come to life and discuss the ways that sexuality has undergone changes during their shelf-lives. The flick becomes a kaleidoscopic romp through modern sexual history. Shanna McCullough is one of the most alluring women in porn history, and she turns in a blisteringly torrid outing here. Ona Zee exudes classy carnality as she drives her man into a fiery frenzy. Megan Leigh and Ariel Knight show off their awesome assets, helping us complete our torrid tour of the ins and outs of modern sexuality.