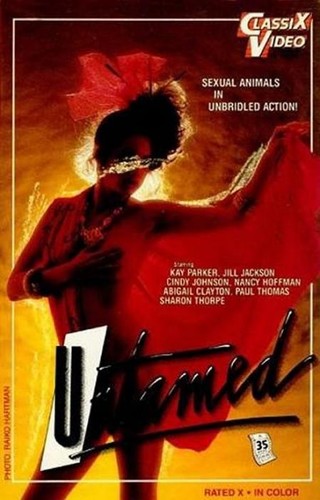 A private detective tours bookstores to publicize his book about some of the cases on which he had worked. A journalist asks him about the cases he could not include due to their sexual nature, and they are shown in vignettes. As the vignettes advance, the private detective makes the situation with the buxom journalist more and more more intimate despite her initial protests. He then shocks her by casually calling her husband – and his client – to tell him that the journalist (who is curled up naked at his side) doesn’t have any affair…
The Untamed is a spell binding story of lust and fulfillment, starring the unequaled Kay Parker (credited as Jill Jackson). Kay gives us what we want, plus more! Joining this stunning beauty is Kristine Heller (Cindy Johnson) in this story of sweet and savage domination. This is Kay’s most extraordinary role to date, as she tastes the ecstasy of helplessness!