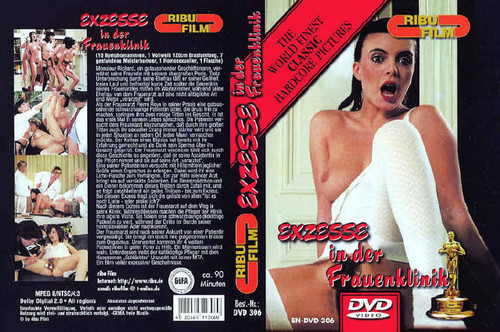 Plot: Richard Lemieuvre, a drunk in a bar, reminisces about his experiences as a ladies’ doctor. These link a series of flashbacks.
Brigitte Lahaie phones up her husband (Alban Ceray) for him to take her to her appointment and interrupts his tryst with France Lomay. In Richard Lemieuvre’s consultation with Brigitte Lahaie, she relates how (flashback within flashback) her husband has had sex with her doggy style with her head in the washing machine and how her husband wanked off over her bare behind in a boutique. This proceeds to Brigitte and the doctor having sex in surgery and meanwhile the doctor’s secretary / nurse (Mika Barthel) has sex with Alban in the waiting room. Then Brigitte and Alban leave and the doctor has sex with his nurse.
The doctor has a consultation with very busty brunette (Monique Carrere) who strips for examination and relates how she had sex with a waiter in a cafe restroom immediately afterwards gave a blowjob in a car to a male (Claude Irrison) who had noticed what went on in the cafe.
Mika introduces a new nurse (Morgane) to the doctor and they have a threesome.
Julia Perrin is a maid in a posh flat, her lady employer (Sophie Duflot) uses a bottle as a dildo on the bed and the maid and butler (Jean-Pierre Armand) watch through the keyhole and grope each other. The bottle gets stuck and the doctor has to be called. He arrives, extracts the bottle and has sex with the patient on the bed. The maid and butler have sex while watching through keyhole. Then all have sex in living room. The doctor leaves the three washing their private parts sitting on the edge of the bath, Julia Perrin pees into the bath (the pissing is omitted from both the French DVD version and the American version, possibly also from the Ribu DVD).
At a clinic in the country, Barbara Moose is being treated by three doctors who take her temperature orally, rectally and vaginally. They all have sex, but she has to force herself on one of the doctors who is very camp. She then masturbates frenetically.
Richard Lemieuvre and his nurse (Mika Barthel) drive to the clinic and are welcomed by receptionist Cathy Stewart. The nurse has sex with a bald doctor who wears her panties on his head then takes them off and cums over them. Lemieuvre is accosted by Brigitte Verbecq and they have sex. Five women then chase him into a consulting room and force themselves upon him – Brigitte Verbecq, Cathy Stewart, a brunette (XNK0786), Mika Barthel and Barbara Moose. 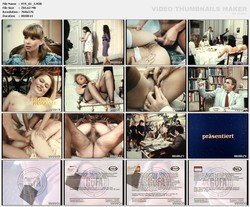 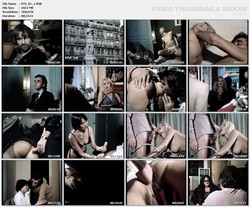 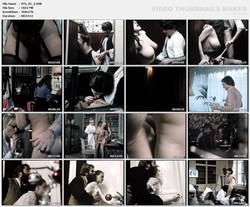 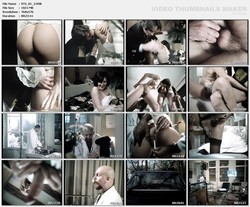 One thought on “Exzesse in der Frauenklinik (1980) DVD”