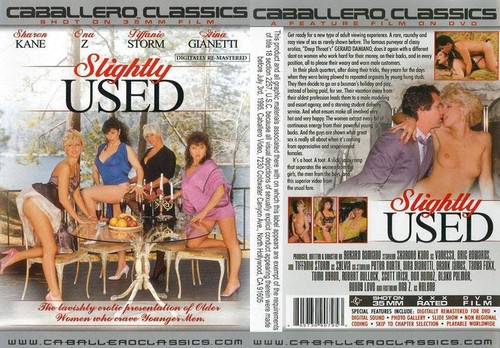 Get ready for a new type of adult viewing experience. A rare, raunchy and racy view of sex as rarely shown before. The famous purveyor of classy erotica, ‘Deep Throat’s’ GERARD DAMIANO, does it again with a different slant on women who work hard for their money, on their backs, and in every position, all to please their weary and worn male customers.
“In their plush quarters, after doing their tricks, they yearn for the days when they were being plowed to repeated orgasms by young hung studs. They then decide to go on a busman’s holiday and pay, instead of being paid, for sex. Their vacation away from their oldest profession leads them to a male modeling and escort agency, and a starving student delivery service. And what ensues make all involved very hot and very happy. The women extract every bit of continuous energy from their powerful young bucks. And the guys are shown what great sex is really all about when it’s coming from appreciative and sexperienced females.
“It’s a hoot. A toot. A slick, sassy romp that separates the women from the girls, the men from the boys, and this superior video from the usual fare.