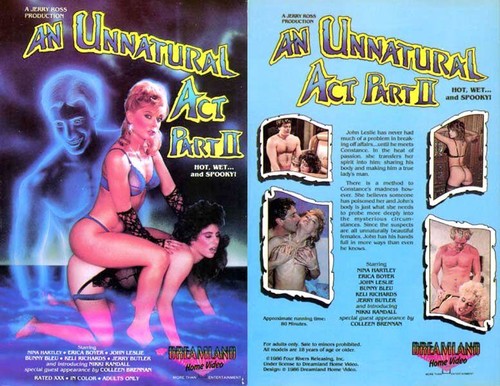 Nina Hartley plays an heiress who goes to see a mystic to see into her future. But when the seance reveals that Nina is about to die, she runs out and finds herself in the clinch with a swarthy stud. She ends up dying in his arms, but her spirit lives on. Her ghostly presence discovers that Nina was poisoned by someone hoping to cash in on her fortune. Nina decides to get to the bottom of the plot, so she enlists the help of John Leslie in a scintillating and silly series of scenes. Ultimately, Nina ends up finding the killer and John ends up having a great time after all. A tongue-in-cheek romp that delivers lots of lust and laughs, this one’s a great example of Nina Hartley at her bawdy best.