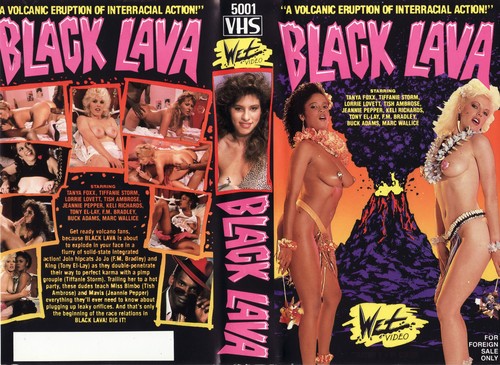 This raunchy lustfest was first released in 1986, but it still packs a passionate punch today. The story – such as it is – concerns a bunch of black pimps and their various stables. One after another we watch as the pimps put their charges through their paces in a series of blistering boffs. The cast features some of the most exciting performers of the decade, women who may not have been among the top-flight starlets but who managed to make their mark on the business through sheer sexual power. Tanya Foxx is a perfect case in point. A lean, mean sex machine who specialized in anal spelunking, Tanya was a gal who you could always count on to be in a flick’s hottest scene. She was among the first gals to really embrace interracial romping, as well, so her presence here shouldn’t be any surprise. Tish Ambrose is a girl-next-door type whose presence in a flick always guaranteed heat. Here, she turns in a dazzling performance, really losing herself in the on-screen action. And Jeannie Pepper brings her prodigious natural curves to the flick, as well. Jeannie was one of the first true black starlets, a voluptuous vixen who leaps into the fray here with the aplomb and ardor that she invariably brought to the screen. This one’s a great pick for those looking for a little old school flavor in their hardcore collection.