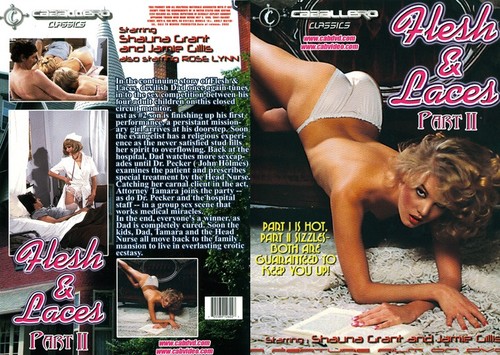 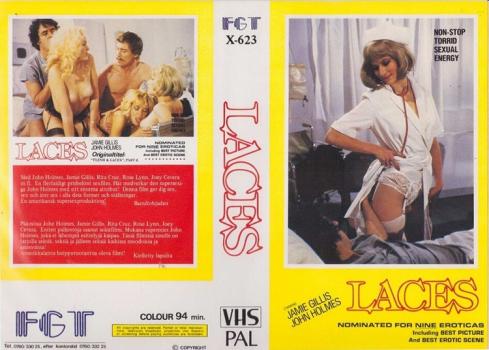 In the continuing story of FLESH & LACES, devilish Dad once again tunes into the sex competition between his four adult off spring on his closed circuit monitor. Just as no.2 son is finishing up his first performance, a persistent missionary girl arrives at his doorstep. Soon the evangelist has a religious experience as the never satisfied stud fills her spirit to overflowing. Back at the hospital, Dad watches more sexcapades until Dr. Pecker (John Holmes) examines the patient and recommends special treatment by the Head Nurse. Catching her carnal client in the act, Attorney Tamara joins the party-as do Dr. Pecker and the whole hospital staff-in a group sex scene that works miracles! In the end, everyone’s a winner, as Dad is completely cured. Soon Dad, Tamara and the head nurse all move back to the family mansion to live in everlasting erotic ecstasy.