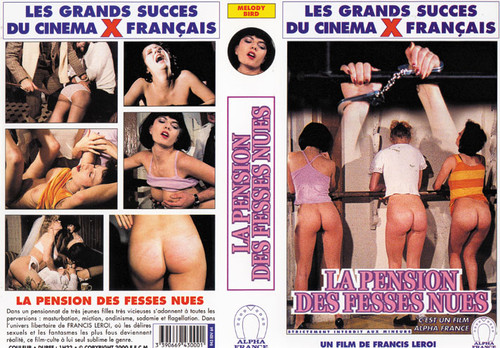 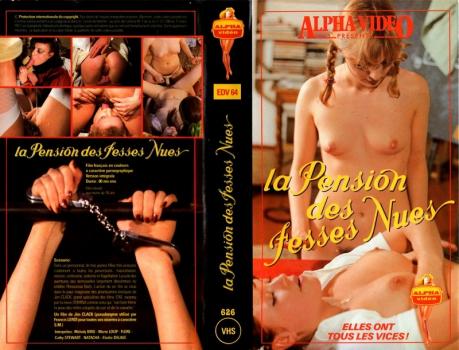 An odd film about a girls’ school where the girls are spanked nude (hence the title) but there isn’t a lot of spanking. There are, however, lots of flashbacks to various scenes, punishment is involved in many of them.

Brigitte Verbecq and a brunette (XNK0340) dominate a young man. A brunette (Sophie Guers) is punished by the teachers. A couple of girls (Flore Soller and Julia Perrin) are caught having lesbian sex in the gym and spanked. Dominique Saint Claire and Jean-Pierre Armand have sex with a fat girl (Margareth) and then Cathy Stewart in a stable. Jean-Pierre reminisces about having sex with Elodie Delage after she has just come off a skating rink. [Ed. Elodie has sex with Guy Berardant (Jacques Vinair), watched by JP Armand, then JP joins in.] An air stewardess (XNK0346) has sex [with JP Armand] in a shoe shop. A girl (Brigitte Lelaurain) has sex with a novice priest and is spied on by a nun (XNK0344). Brigitte Verbecq, the brunette and the pretty girl spanked earlier (Julia Perrin) dominate the young man again. Finally there is more punishment and sex at the school in a final orgy scene. Four students took no part in the action – two brunettes, a redhead and a black girl. These are probably not credited. The black matron in last scene did take part in the action, but it is not possible to get a clear view of her face.