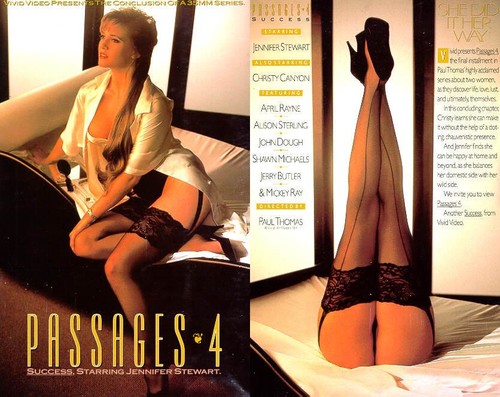 The Passages Series – A quick review.

As I have stated before this works well for the first two films, but in the second two of the series it is clear that Paul Thomas has no idea where to take the story. There is still plenty of hot sex in parts three and four but the sexual tension that was present in the first two movies is gone. Its a real shame and maybe this series would have worked better as a trilogy, but still, there is no point in being too critical of the series because it still manages to outshine most of the other porn films of the era and it is still certainly better than most films that are made today.