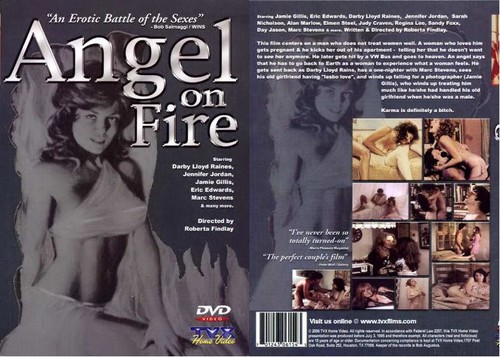 This film centers on a man who does not treat women well. A woman who loves him gets pregnant and he kicks her
out of his apartment – telling her that he doesn’t want to see her anymore.
He later gets hit by a VW Bus and goes to heaven. … An angel says that he has to go back to Earth as a woman
to experience what a woman feels. He gets sent back as Darby Lloyd Rains, has a one-nighter with Marc Stevens, sees his old girlfriend having “lesbo love”, and winds up falling for a photographer (Jamie Gillis), who winds up treating him much like he/she had handled his old girlfriend when he/she was a male.Karma is definitely a bitch.